Angela Barraclough’s career rise at Ryman has travelled so far so fast, she now finds herself in a whole different country.

Angela started with the company as a sales advisor at its Edmund Hillary retirement village in Auckland in 2014. Fast-forward less than five years and she’s standing on the top floor of a ten-storey Melbourne office building looking over the beautifully bustling central city as Ryman’s new regional sales manager in Victoria.

It’s been a meteoric rise, but not one that’s happened by chance.

Angela has always kept her eye out for opportunities to advance her career at Ryman and, thanks to the belief and nurturing of the company’s leaders, has had the support needed to make them a reality.

“He was talking about what’s next for him, and I wrote a little note to myself: ‘where do I fit in with Ryman, and where do they fit in with me?’.”

During a break at the conference, a senior manager approached her and said, “where do you see yourself in the years to come?”.

“I said, ‘funny you should mention that because I would be interested in a regional manager’s role’.”

The opportunity in Melbourne quickly came up.

“That sort of sowed the seed and a couple of weeks later it was happening.”

While that conversation sparked Angela and her husband’s decision to cross The Ditch, there had been five years of nurturing and developing that made it possible.

“Because they’ve appointed such good key people they nurture you in their skills as they go, plus the Ryman training that we’re going through now is fantastic.

“I have developed a lot of skills that I wouldn’t have if I wasn’t with Ryman.”

Angela has had a number of different managers as she’s progressed through the Ryman ranks, and each has helped her development in different ways.

“You learn their different styles and techniques and develop your own through them,” she says.

“More recently I had been regarded as a more senior sales advisor and they’d call on me to go to things and I’ve trained quite a few staff, and I think if I hadn’t done all those things well they wouldn’t have considered me for this role.”

Now Angela has made the leap into management herself, the growing and learning doesn’t stop. On the contrary.

She now has sales advisors reporting to her, and that presents new and exciting opportunities to add to her professional skill set.

“Although I have managed people in my past, the broad thinking of Ryman and where the company is heading in the future is certainly broadening and developing my education.”

Not only that, she and her husband now call one of the world’s most liveable cities home.

While she never imagined her Ryman journey would take her to Melbourne she’s “hit the ground running”.

“We’re enjoying building a life here and the family are already booked in to come visiting.”

“I have developed a lot of skills that I wouldn’t have if I wasn’t with Ryman.” 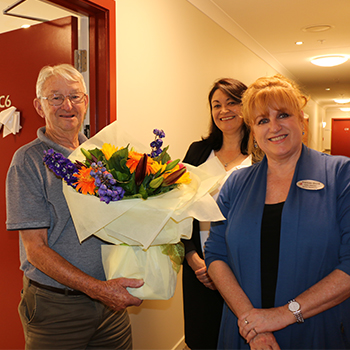 Are you a warm and friendly, highly motivated, self-starter? Ryman Healthcare's successful sales team have an opportunity for you! Make a positive different in the lives of others Support from dedicated administration, marketing team and sales manager Opportunity to get involved in the local community ...

Show all jobs
1
This site is powered by Snaphire (www.snaphire.com)