The year 2018 was a big year for Logan Campbell’s Isileli Uata.

He celebrated 10 years of marriage to his wife Lisa; he marked 20 years of living in New Zealand since leaving his native Tonga; and on September 24 he notched up 15 years of working for Ryman!

But while he remembered the first two it took a reminder from one of his colleagues that he’d passed the 15 year mark for Ryman.

“I didn’t even realise it had been that long,” he says. “When I started with Ryman back then I had no idea I would still be here 15 years later.

“I just wanted to make the best of this opportunity.”

That opportunity came for Isi, as he is called by his friends and workmates, after he was originally hired as a contractor on the Ryman village being built in St Heliers, now known as Grace Joel.

His boss at the time, Project Manager Jan MacLeod, liked what she saw and asked him to officially join the Ryman team for the next project being started at Marua Road, later to become the Edmund Hillary retirement village.

Isi started as a hammer hand and carpenter but was soon offered training to get his licence to operate heavy machinery such as telehandlers and diggers.

“I really liked it when I started there,” he says. “Jan really looked after people and she gave me the opportunity to learn something different to what I was doing.”

Having someone put faith in his potential back then was enough to inspire Isi’s loyalty to the company ever since.

After Edmund Hillary was completed he went on to work on Bruce McLaren followed by a brief stint at Possum Bourne before being based at Logan Campbell in Greenlane since 2015.

He admits there have been a few offers from other construction companies over the years.

“Other subcontractors are always trying to take me away but I always say ‘No, I’m happy where I am’.

“I like what I do and I don’t want to move to something else.”

“I don’t know of any other company that has shut down all its construction sites to teach people about safety.

“That is something that I always focus on, to make sure everyone is safe when I do something.

“Everyone has a family and I want to make sure they go home to them safe after work.”

Isi has even bought a few shares to invest in the company to show how much faith he has in what Ryman does.

“I took my wife to the shareholders meeting in Pukekohe and the open days at the village here and she was bloody happy I am working for Ryman, she was really, really proud.

“She won’t let me leave either!” he laughs.

While he awaits word on which site he’ll be working on next, Isi is helping the remaining construction team members to finish off the final bits of work at Greenlane.

Having worked with some of the guys on site for so long, going to work means hanging out with his Ryman family.

“I hope I can stay with the same team on the next site because we work so well together.” 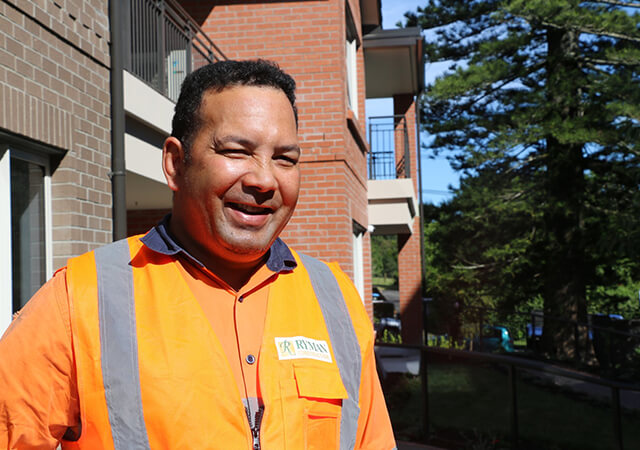 “I just wanted to make the best of this opportunity.” 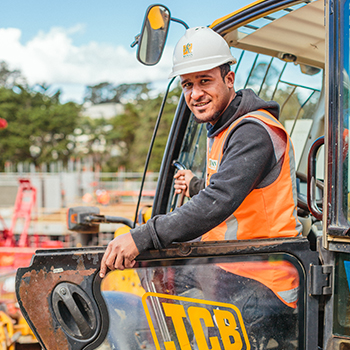