Architectural graduate Simon Emett loves that his career has been helped by a strong collaborative approach amongst his work crew at Ryman Healthcare.

Simon is part of Ryman’s concept design team that spends time on formulating the drawings and vision for a new village before our construction design team adds the ‘nuts and bolts’ and other building details.

Simon started his architectural ambitions in Auckland where he trained and took on his first job at a boutique design and consulting practice that specialises in high end residential homes.

After a couple of years, he decided he wanted to stretch his horizons and live somewhere different. Christchurch beckoned and with it a job with Ryman Healthcare and his team.

“It’s a massive drawcard for young designers, that we have everything inhouse, from quantity surveying teams, the development guys out buying the site … right through to a full detailing team, project managers and contractors. We also have a huge range of external consultants.”

He says he can get up from his desk and talk to another employee with a wealth of knowledge. “As a younger person you just learn about things and see things that you haven’t even considered.” Simon says.

Ryman has even helped him along in terms of support for a New Zealand Institute of Architects registration programme. He notes Ryman now has five registered architects.

Now he can keep involved in relatively small projects such as the design of individual townhouses, but also do much larger design project such as the village centres and care centres that can be several thousand square metres in size.

He likes the idea of seeing a Ryman retirement village being part of a wider community. Components and materials in the village construction also have to work well together to give the right cohesive architectural feel.

“Within our villages we’re trying to get a common theme that the buildings all ‘talk’ to each other. That’s what we’re doing – we’re building villages and communities.”

The work is done with pen and paper and then with software packages including BIM360 and Revit. It is the experience of fellow team members that has also helped him feel he has made the right job choice.

“It’s been one of the best moves I’ve ever done. You just get exposed to so much – a wealth of knowledge.” It is also good to pick up knowledge and the language of other architects that work with Ryman including joint venture partners such as Warren & Mahony and Beca, Simon says.

Simon says the move to Canterbury has reinforced his love of the outdoors and enjoys snowboarding in winter and the beaches in summer.

He now is looking forward to becoming a registered architect. He still has a few hoops to jump through to add the prerequisites to his Bachelor of Architectural Studies and Master of Architecture, both gained at Unitec.

“It’s been one of the best moves I’ve ever done. You just get exposed to so much – a wealth of knowledge.” 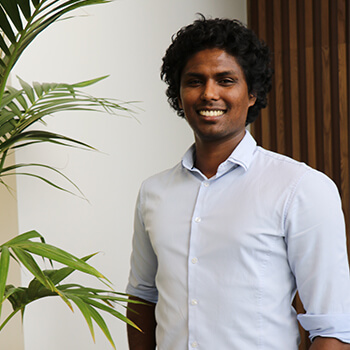 Are you a positive self-starter who loves to help others? We have an opportunity for an Office Manager to join us. Competitive salary and benefits. Fast paced, varied and growing role Join one of the most successful and fastest growing companies in NZ Vibrant and supportive workplace About Ryman Healthcare ...

Show all jobs
2
This site is powered by Snaphire (www.snaphire.com)